Wearing A Helmet Saved My Life

"If I hadn't been wearing my helmet, the worse case scenario I wouldn't be here or I would be much much worse"

Gregor, has always been passionate about snowboarding since the age of 8, spending every minute on the snowy slopes near his home in Scotland practicing his technique. From the very beginning, his parents insisted he and his younger sister wear a helmet for snowboarding, as well as for cycling and skateboarding.

His dream came a step closer when he was accepted into the British Freestyle Snowboarding Team. He then travelled with the team in November 2010, to Keystone Resort, Colorado, one of the best snowboarding resorts in the world. On 8 December he was practising a new trick when he fell approximately 15 feet from a jump. He was alone, but the accident was seen by a ski patroller passing on a nearby ski lift who raised the alarm. Within 3 minutes of the accident a first responder arrived at Gregor's side to find him unconscious and fitting. 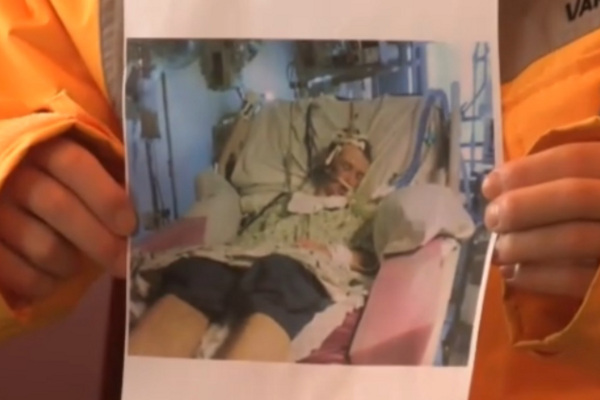 "I walked into the room to see the healthy 16 year old boy that I waved goodbye to weeks earlier to see him lying there in intensive care, on a ventilator with pipes coming out of his head. He was in a deep coma"

Immediately airlifted to St Anthony Hospital in Denver, Gregor had suffered a lacerated liver, a fractured pelvis and remained unconscious for two weeks. He doesn't recall the accident and has no memory of December and part of January.

His mother Suzanne, a nurse in Scotland, once she heard the news the local community rallied round to sort out work shifts and child care, and within 24 hours she was at Gregor's bedside in Colorado. "One of the first things the doctors told me on the phone was that Gregor had been wearing his helmet at the time of the accident. Even then, that gave me hope. When I arrived, the hospital staff frequently commented that without his helmet, Gregor would've been in much worse shape."

Back home in Scotland and thirteen months on, Gregor had undergone an intensive rehabilitation programme including physiotherapy, speech therapy and psychological care. He works hard at the gym twice a week to rebuild strength in his right side and continues with a tough physiotherapy regime. He's been back on the slopes, practicing slides.

Suzanne comments that "modern helmets are comfortable and lightweight. There is no excuse not to be wearing a helmet now."

Interview with Gregor & His Mother

The video belows details Gregor's accident and how his mother got the dreaded phonecall that her son had been in a serious snowboarding accident.

Gregor has always been passionate about snowboarding, since the age of 8. He comes from the Scottish town of Grantown on Spey and was accepted into the British Freestyle Snowboarding Team in 2010 just before he had his accident.