We Travelled Around The World

And It's Made Us More Adventurous

We Travelled Around The World

And It's Made Us More Adventurous

Olly Beckett, 32, is an online marketing for a major travel site. Although he had been working for a travel company, the time felt right to move on and he and his girlfriend (now wife!) took 380 days off to go travelling. They made their way from the UK to Nepal without flying, then flew to Melbourne where they worked for a few months before continuing on to New Zealand, the Cook Islands, the USA and Canada.

Olly, how did you fund your career break?

I saved for the career break, but also got some income from working in Melbourne setting up a website for a travel company. The trip cost roughly £7,000 in the end.

What were the opinions of your colleagues, friends and family?

They were supportive and excited for us (and, of course, very jealous!)

What was the highlight of your trip?

Buying a campervan in Christchurch, New Zealand and spending 6 weeks exploring the country. We stayed in Department of Conservation campsites in incredible locations which, most of the time, we had all to ourselves.

And the worst bits?

I spent several months planning this trip so as to make the most of every single day and avoid mistakes. However, not thinking to take seasickness tablets on the freighter trip from Malaysia to India may have been a mistake!

What was it like having all that time with your girlfriend? 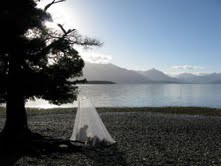 The one downside of travelling with my girlfriend is that neither of us could do exactly what we wanted 100% of the time. However we are very alike and so agreed on 99% of things. The upsides of travelling together overwhelmingly outnumber the downsides; double rooms are cheaper, I never felt lonely, we could run ideas/doubts past one another and there was always someone there to share the enjoyment.

And how was it like coming back home at the end?

It was good to come home, there were plenty of things we had missed (amazingly, this included British food!). However we also grew more aware of that fact that all those cultures we had met around the world could also be found in our home city of London.

It took a few months for me to find another full time job which were very tough and almost made me regret going travelling...but it's all worked out OK!

What would your advice be to anyone considering taking a career break?

Plan carefully so as not to waste your time when you're away, but also think ahead to when you return and how you will be able to cope when looking for work.

Save as much as you can and, whatever you do, don't blow it all in the first couple of months. Shop around for the best credit card (for example, some do not charge for transactions or withdrawals abroad) but do not rely on them!

Has your career break changed anything for you?

We bought kayaks. We didn't want to return to the same relatively dull life we had before and so every now and then seek adventure on the UK's rivers and canals.

What were the main things you would say you got from your experience?

Memories that are etched into my mind forever and an exclusive short list of places I really want to go back to one day.

Are the any website, apps or resources that you would recommend?

Tripadvisor (tripadvisor.com) was, and continues to be, very useful for finding the best accommodation. There is a huge wealth of experience to be found on Lonely Planet's Thorn Tree forums. The website I created, Travel Locator (www.travelocator.co.uk), has a few sample itineraries with all the information any independent traveller needs to know.

What essential items would you recommend travellers take?

Duct tape (good for repairing tents, backpacks, campervans...), Pringles (don't get squashed, good source of salt for hot climates, tasty!), pen knife, postcards from where you're from to show/give to locals.

Just because you've taken a career break doesn't mean you can't take another - I know that, one day, we will once again be venturing out for another long-term trip. 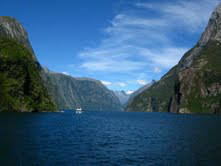 I did It: Olly Beckett

Olly is a traveller by any means to anywhere (66 countries and counting). He created, Travel Locator, which has all the information any independent traveller needs to know. He tweets about travel news, tips and tales at @TravellingOlly and has over a decade of online travel industry experience. You can also contact him on Google+.