Just because you have to wear woolly hats and thick coats to stay warm, it doesn't mean Winter isn't jam packed with some of the greatest events that go down every year. This month we are counting down the ten best winter shin-digs around the world, covering everything from festivals, to extreme exhibitions and other generally-awesome happenings.

Essential Travel Tip: Combine your next ski trip with one of these events: you will not be sorry!

Home to the famous Snowbombing Festival, Mayrhofen offers a mix of natural beauty (forests, glaciers and hundreds of kilometers of ski slopes) and good old fashioned parties - some might call them downright boisterous, even. With igloo raves that go on all night, dress up parties, live music (including top international acts like The Prodigy and Fat Boy Slim) and jam sessions in the forest, it can be hard making time for the slopes every day (nigh impossible, some might say). There is ample accommodation nearby, suited for backpackers and budget travellers, which is always booked up early, so be on the ball with organising this. 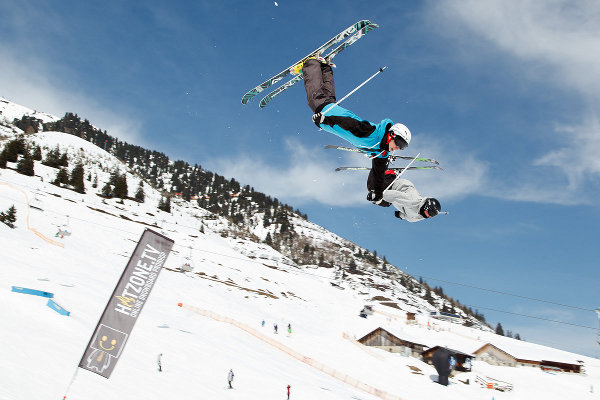 The Big Snow festival is a relatively new fixture to the winter calendar, but in its three year history the event has built itself a champion's reputation. 2012 sees the festival moving to the chic slopes of Kopaonik, Serbia - a world class ski destination by all accounts. This year the organisers have opted to team up with EXIT music festival, giving the occasion a bigger bang than usual - and believe us, it's usually pretty enormous. It's a traditional outdoor music festival, just add plenty of snow and lots of spirited attendees. By night top internationals musicians and DJ's provide entertainment that goes on 'til the wee hours. By day, there is a great selection of pistes to choose from, suitable for all levels, in some of the most gorgeous settings on the planet. Ideal for a uni holiday or some fun with your equally crazy friends. 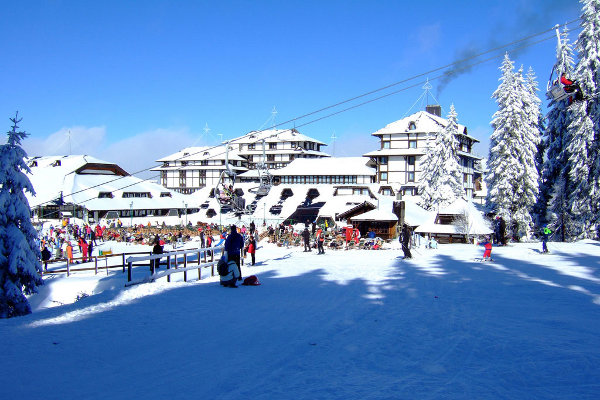 The Brits Festival in Lax offers a week long ski/music bonanza for all ages. Anyone is eligible to enter the British Open Championships (for skiing and snowboarding), taking place in the valley slopes at LAAX - divisions include kids, youth, juniors, seniors and masters. There are some amazingly affordable all-inclusive packages that let you ski, sleep and party (maybe not so much sleep, after all). Some of the best international music acts and DJ's provide the nightly entertainment, so it's well worth the apres scene alone. 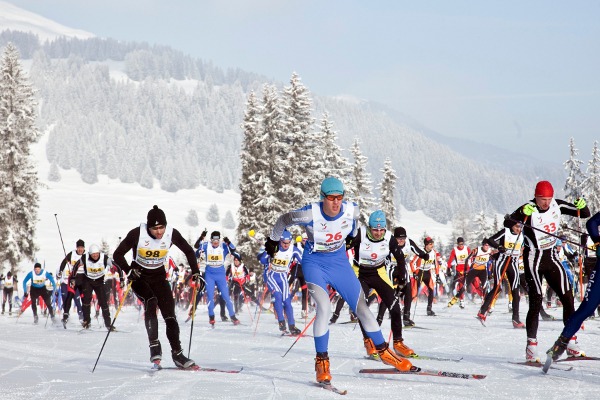 Every year during the Thanksgiving week, the beautiful West Yellowstone Ski resort hosts the most festive, family-oriented ski festival in North America. With ski clinics for learners, pilates, indoor shows, fun runs and demos by former Olympic skiers, it is a full week of good times. The festival also marks the start of the new ski season, which always brings a jovial atmosphere to the resort. 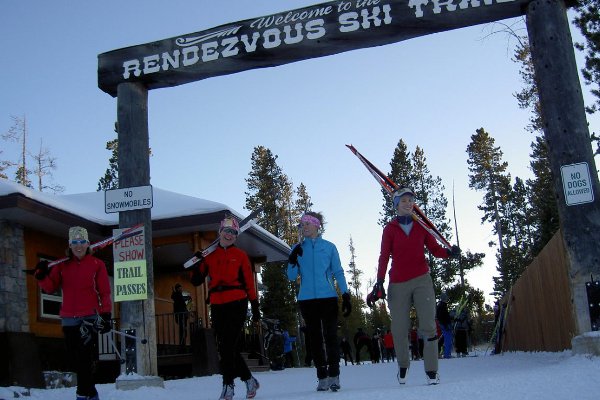 The TELUS festival is one of the biggest gatherings of modern ski and snowboarding culture. For the last sixteen years during the month of April, the famous resort town of Whistler hosts a ski/music/art festival that shakes the village off its tent pegs. This includes half pipe demonstrations, cross country races, fashion shows, all night parties and film viewings. Whistler is more than well-equipped to handle the thousands who arrive in droves, ready to get down and party. Choose from accommodation to bars, restaurants, and the main attraction - its range of incredible slopes that are etched into the mountain side. 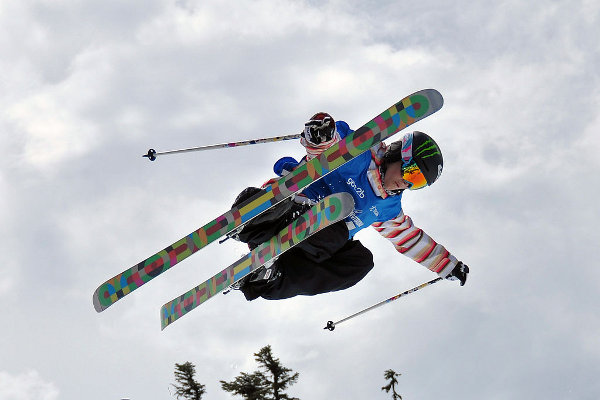 Mayrhofen will also play host to Altitude Festival - a blessed union of snow boarding, comedy and music. Hosted by veteran comedians Marcus Brigstocke and Andrew Maxwell, the pair will keep you laughing and dancing throughout the afternoon, into the evening, in between sessions at the world-class resort. 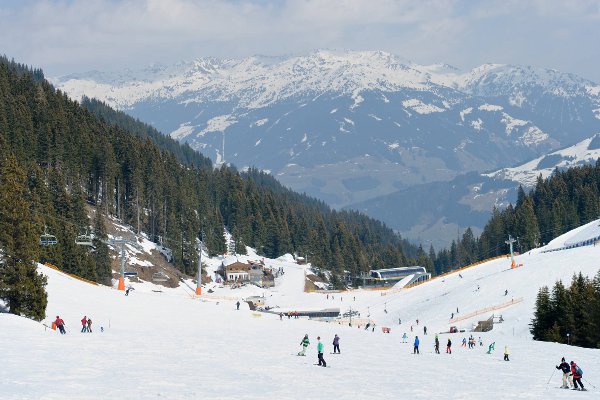 Oslo has been hosting the world's most prestigious ski jump contest for more than a century. The Holmenkollen Ski Jump contest draws thousands of tourists to the capital of Norway each year, to witness the world's best jumpers take on a 60 meter high ramp. Reaching more than 60 meters into the open sky, the ramp becomes a packed stadium that offers viewers a magnificent view of the city below. Over the years, even organisers have upgraded the facilities to cope with the scores of tourists coming in each year and the festivities that take place before and after. 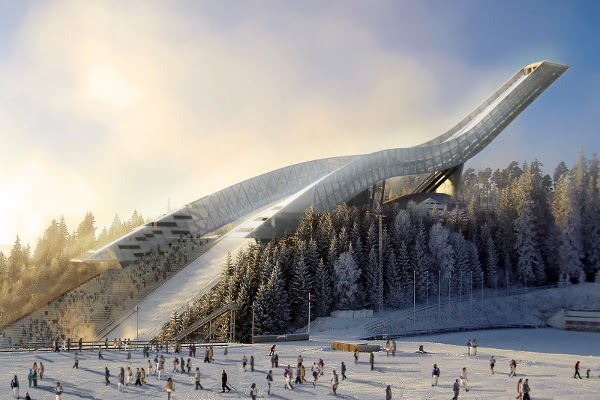 The Kiruna Snow Festival is the perfect opportunity to experience Lapland, the arctic circle and to see the magical Northern Lights. This fun-filled snow festival offers you all the standard activities you can expect at a major European festival, with some unique Sami touches for good measure. This includes a snow mobile jumping competition, reindeer races, night clubs, ski jumo demos and cross country skiing. The vast and gorgeous terrain will make you fall in love with the area. It may be one of the coldest festivals you ever attend (as low as -20), but the people are warm and friendly. 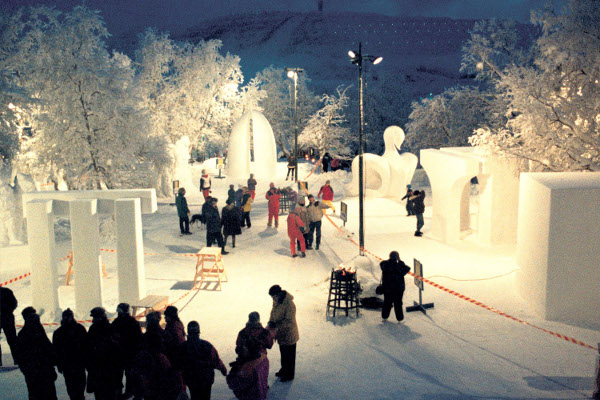 Air & Style started as a snowboarding competition, but quickly grew into a collective festival that celebrates a variety of extreme sports. Today the event is backed by brands like Oakley and Billabong, giving it an even bigger platform. After the day's action, top international music acts keep the good times rolling for the thousands of party goers there. Now backed by major sports labels for sponsorship, the festival is bigger and more glamorous than ever - resembling an event like the X-Games. In terms of fun and action, it is perfect for groups of young snow boarding enthusiasts wanting to share three days of parties and the best snowboarding around. 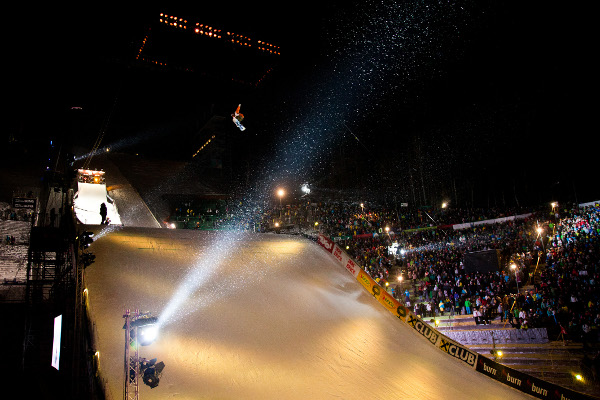 The Big Freeze brings all the the hype and excitement of a European ski festival right to heart of London. All the best snow boarders and freestyle skiers in business come to town for a truly unique and visually thrilling exhibition contest - you will not believe the crazy things these guys and girls can do on a ramp. The Big Air Snowboarding and Freestyle Ski event takes place on a 32 meter high, 100 meter long high jump ramp, erected outside the Battersea Power Station, using real snow - hundreds and hundreds of tonnes of it. This year top international musical acts Groove Armada, The Streets and others will set the stages on fire at night, and keep the party going 'til late. 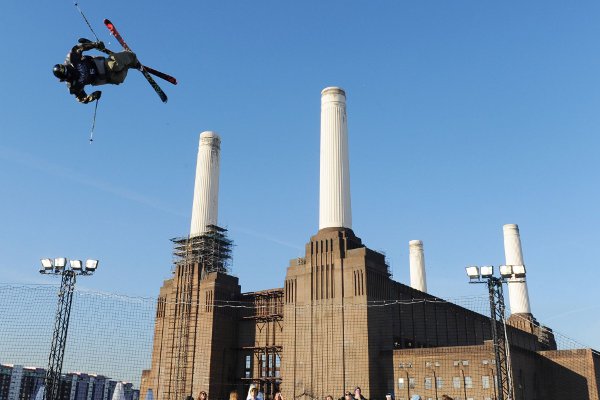 Your Essential Travel Experts can't be everywhere all the time, so we often welcome guest travel writers. This article was written by one such visiting travel enthusiast whose experience of different places and advice for travellers makes for an interesting read. Enjoy!