It's almost time to get your wellies out and prepare yourself for a weekend of moshing, dancing, losing your friends and enjoying everything that is unexplainably enjoyable about music festivals. To give you some ideas of what this summer holds, we have compiled a list of the best local festivals.

Why go: Great facilities (relatively speaking), incredible bands every year, an awesome venue and a uniquely 'T In The Park Vibe' that makes this festival a heavyweight. It's not as big as Glastonbury, but the line-up is packed with the biggest artists of the year. Every year it kicks off with Fancy Dress Friday - an evening that gets the party started with smiles all round.

Who to see: The best tribute bands around.

Why go: People get dressed up, dance and have a great time paying tribute to their musical favourites. There are no big band egos. Like the name suggests, tickets, food and beverages aren't over-priced.

Who to see:: System Of A Down, Rob Zombie, Korn, Alice Cooper, basically every band your parents begged you not to listen to

Why go: It's a weekend of raw, unapologetic moshing and rocking out. Download brings together a motley crew of the most iconic rock bands every year, for a festival that embraces the most offbeat crowd of music lovers around. In spite of its intimidating outward appearance, the vibe is cheerful and everyone is well looked after. But we still wouldn't recommend letting your 16-year-olds go unchaperoned.

Who to see: Leftfield, Martha Reeves and the Vandellas, Mystery Jets and Blondie

Why go: It's like Alice In Wonderland, mixed with The Wind In The Willows, with a hint of Woodstock thrown in there and blended together at the old Camden Market. It's a celebration of music, art and games in a marvelously surreal setting. The Secret Garden Party boasts a line up that is less famous than its more contemporary peers, but is packed with no less great performances. So strange and wonderful, you will leave asking yourself if the entire weekend actually happened.

Who to see: My Chemical Romance, The Strokes, Muse, Thirty Seconds to Mars and Elbow

Why go: It's a great party from Monday to Sunday night. Besides the stacked line up (which is undoubtedly the main attraction), the vibrant campsites are situated on the picturesque banks of the Thames River. Ferry boats run you up and down the festival area and between camp sites around the clock, which makes transport fun and easy on your legs. Be sure to pack lots of drinking water though - you will party hard.

Who to see: Line Up To Be Announced 2010 Line Up: Pheonix, Lightspeed Champion, Steve Mason

Why go: It has all the hype, enjoyment and other elements (except camping) of a weekend-long festival compressed into 12 hours. You'll see fantastic performances, take part in some other fun sideline activities, drink expensive beer out of a plastic cup, probably get a bit wet by some summer rain, but still sleep in your own bed.

Where: Isle Of White

Who to see: Foo Fighters, Kasabian, Iggy And The Stooges, Kings Of Leon

Why go: Founded in 1968, the Isle Of White Festival has hosted the likes of Jimi Hendrix, Bob Dylan, Joni Mitchell, Emerson, Lake & Palmer, The Moody Blues and Leonard Cohen. Today it is still one of the biggest annual festivals, at arguably the best venue for such an event, and it backs up the hype with great acts - often including classics for nostalgic purposes. 2010 saw Sir Paul McCartney cap the festival off with a tear jerking performance of several of the Beatles' greatest singles.

Where: You know where

When: You know when, but tickets are probably sold out already

Who to see: Everyone

Why go: Glastonbury is a festival that people will trek barefoot through the freezing snow to get to. It's the Woodstock of today, only better and with more people. You could go to Glastonbury for the whole weekend, not attend a single show, and still have the best time of your life.

Best All Round: Latitude Festival

Who to see: The National, Suede, Paolo Nutini, Bombay Bicycle Club and the Cribs

Why go: Set in the Suffolk countryside, bordered by enchanting forests and yellow rapeseed fields, Henham Park is the ideal venue for a three day arts festival. Not only do a collection of fantastic musicians consistently perform, there are also actors, poets and stand-up comedians performing.

Why go: Camp Bestival is pure magic for the whole family. With designated kids areas that include fire eaters, jousting, magicians and rides, you can be certain that the young ones are having as much fun as the adults - not that the grown-ups don't enjoy those things too. The music is great, the setting is incredible and the vibe is second to none for families. 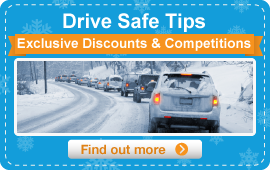 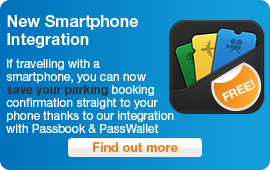