Top 10 Restaurants Worth A Trip 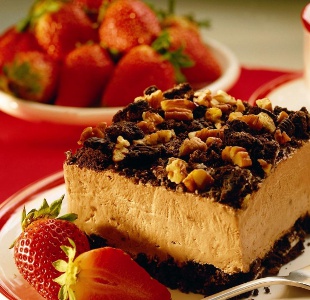 Are you in love with food as much as travel? Do you secretly wish you could just journey from one great restaurant to the next? We have compiled a list of restaurants that offer top-notch cuisine in amazing locations, from isolated beaches to sweeping views, and will certainly make foodies and adventurers alike feel like setting out on that trip.

No destination dining list would be complete without El Celler de Can Roca. Over the past eight years it has stealthily made its way up Restaurant Magazine's list of best restaurants in the world and currently holds the throne. It has three Michelin stars, which means that they serve exceptional cuisine and that the restaurant is worth a special journey" - and it certainly is. The restaurant serves ultra modern dishes, but since it is family run, it is still dedicated to feeding people. The Roca brothers are committed to both cuisine and the avant-garde, and their very special restaurant is a space where countryside meets science.

If its first-rate reputation isn't enough for you, consider that El Celler is situated in the ancient city of Girona on the spectacular Costa Brava. This Catalonian town's history stretches back over three millennia and it is a delight to explore the cobbled streets and medieval architecture. Visit Girona on a day-trip from Barcelona - the train journey from Barcelona Sants station to Girona takes about an hour - or consider staying in the beautiful city itself. 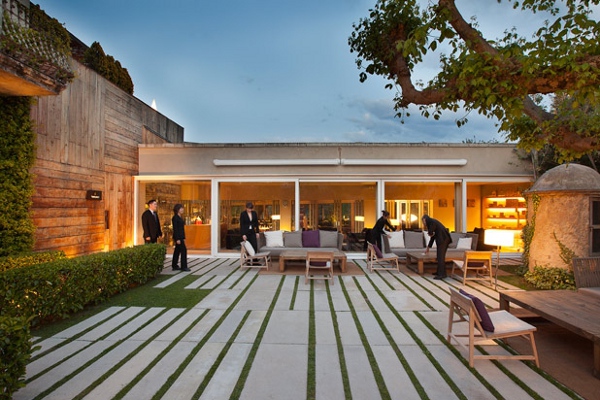 De Librije is situated about an hour northeast of Amsterdam in Zwolle. Make your trip extra special by taking a train to the city. Upon arrival at the train station, you will be picked up by a member of staff and taken to the restaurant, which is housed in the library of a converted 15th-century Dominican abbey. This modern French restaurant has a flair for the dramatic and serves what they refer to as idiosyncratic cuisine, like their miniature salads, put together with tweezers on your hand. Their quirky menu has in the past included dishes such as a cod skin appetizer with seaweed and lemon, deconstructed apple pie, and toasted white chocolate, with dill, pistachio and grapefruit. De Librije has three Michelin stars and currently holds 57th place on Restaurant Magazine's list of best restaurants. 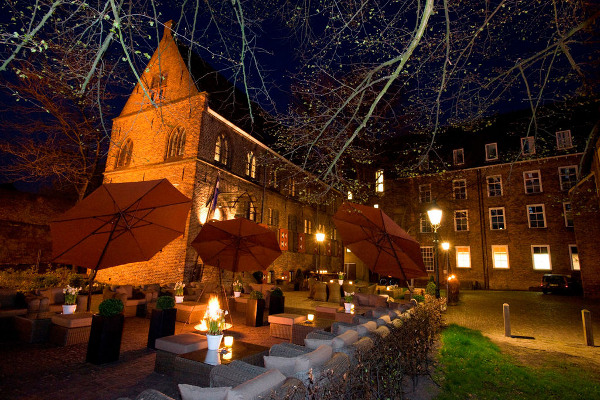 Restaurant 360° is ideally situated on a terrace on the medieval walls of Dubrovnik itself. This spectacular location in a UNESCO World Heritage city offers amazing and, as the name suggests, panoramic views of both the city with its magnificent architecture and the port. The modern stylish atmosphere of the restaurant is surprisingly well complemented by the old city walls that surround it.

Dishes are creatively presented, and the restaurant is known for its excellent service. They offer a modern Mediterranean menu with quite a variety of creative dishes to choose from. One is simply called White and has the following ingredients: milk skin, goats milk custard, jasmine and snow. Intriguing. 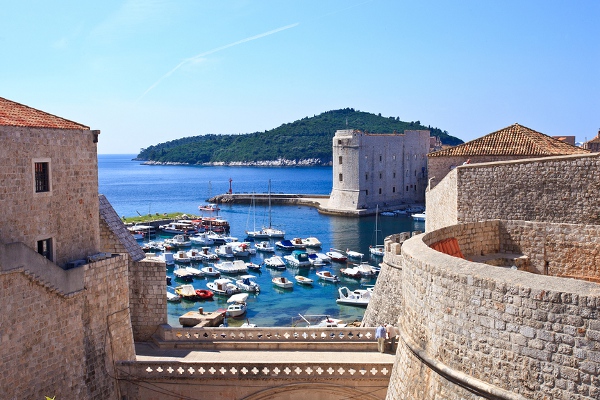 If you feel like a trip that ends with some outstanding cuisine, but you don't quite want to go abroad, then head to the picturesque Isle of Skye in Scotland and unwind at The Three Chimneys in Colbost. It is a two-hour trip from Inverness, where the nearest airport is, but this restaurant and guest house in its idyllic setting overlooking the stunning Loch Dunvegan is well worth the journey. Enjoy award-winning food such as Skye shellfish bree and king scallop with gingerbread crust, parsnip, sorrel and quince at the internationally acclaimed restaurant. Or even book a room at The House Over-By, their beautiful guest house, which is right next door and offers views of the sea loch and access to the garden with its wonderful views of the Minch strait, the mountains of Harris and North Uist island.

The Star Inn is located in the scenic village of Harome, near the windswept North Yorkshire Moors - stunning heather moorlands and ancient woodlands. It is only two miles away from the market town of Helmsley with its towering medieval castle. The original inn dates as far back as the 1300s, so this picturesque thatched house has centuries of history behind it. Andrew Pern, the owner, acquired the Star in 1996 and has since lovingly restored it, keeping its original character intact.

The cuisine focuses on regional and seasonal ingredients, and is prepared in an authentic Yorkshire style. Pern has written two books, one entitled Black Pudding and Foie Gras. This is his signature dish and the only constant on the ever-changing menu.

After dinner, head across the road to the Star's quirky hotel. Each of its nine unique rooms has an unusual feature - one has a snooker table and another hosts a piano. The Inn has won several prestigious awards, and the good news is that they are currently expanding to open The Star Inn The City in the York city centre.

The Luna Rooftop Tapas Bar, in the UNESCO World Heritage city of San Miguel de Allende, is in a superb location to offer awe-inspiring views of the city, including the spectacular La Parroquia de San Miguel ArcÃ¡ngel Neo-Gothic church. The city was declared a national monument in 1926 and because of the accompanying building restrictions, it has largely retained its colonial character of colourful facades and cobbled stone alleyways.

When the sun sets you will be treated to a dramatic view from this rooftop restaurant as rose-coloured hues play across rooftops and the fading light casts shadows on the facade and spires of the town's iconic church. The menu offers both typical Mexican and Spanish tapas, not to mention delectable margaritas. If you are looking for somewhere to relax and savour delicious local cuisine while gazing at all the splendour the surroundings have to offer, then this is the destination restaurant for you. 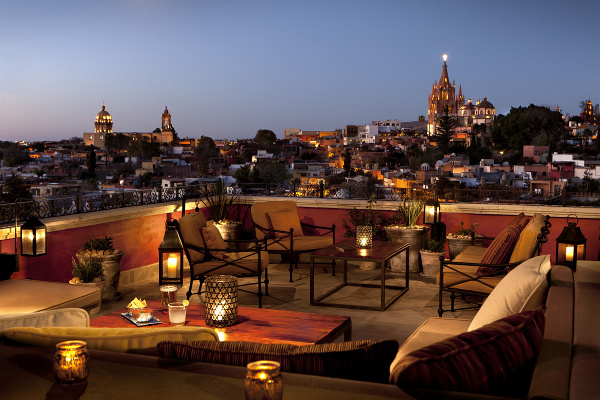 This fanciful restaurant is literally situated on a rock in the middle of the Indian Ocean, just off the shore of the the beautiful Michanwi Pingwe beach in Zanzibar. The out-of-this-world seafood restaurant picked up an excellence award from TripAdvisor in 2013, for more than just its secluded location and the blissful miles of clear blue ocean that surrounds the rock.

Spend a romantic evening on the terrace with its panoramic views, while enjoying a wide range of exquisite seafood, like freshly caught fish grilled on the day, succulent lobsters and giant prawns, under an expansive African sky. At high tide this charming former fisherman's post can be reached by boat and during low tide you can wade over or wander there on foot. The Rock is a delightful destination. 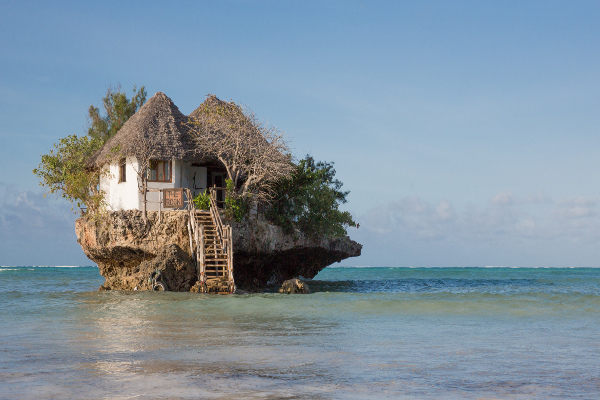 Want a truly unusual dining experience? Head to the remote Ko Kut, also known as Koh Kood, in the Gulf of Thailand. This quiet, unspoilt island, the easternmost before Cambodia, is the home of a very unusual restaurant. At the Soneva Kiri resort you will find Treepod Dining, where adventurous guests can dine in a simulated bird-nest made from bamboo and rattan that gets hoisted up the side of a tree. From this new perch in your dining pod - six metres above the ground - you will have an excellent vantage point from which to admire the tropical rain forest foliage and the spectacular shoreline. Relax in tranquility between the treetops as you listen to the sea and the birds that surround you. The best part? Your food gets delivered to you by acrobatically-inclined waiters who swoop in from between the trees on ziplines to bring you baskets of wine and delectable organic food. 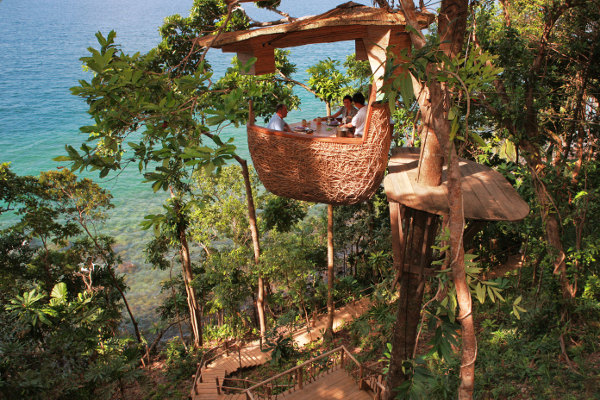 The motto of The Breeze Restaurant at the Samaya Hotel in Bali is that eating is essential, but dining is for pleasure, and everything from the food to the setting of this restaurant will please. This attractive and modern setting on an island paradise boasts a chic deck next to the white sands of the Seminyak Beach and gets rave reviews for its sea-view. Enjoy lovely light sea breezes - just what you need after a hot day on the beach - and of course breathtaking sunsets. Aside from the gorgeous setting, the food on offer at this Al Fresco style restaurant is elegant and varied. The cuisine focuses strongly on local flavours and organic produce. Taste some modern tapas or try some of the excellent seafood while you gaze at the Indian Ocean. This restaurant will offer an unforgettable experience, and is certainly worth packing those bags.

The Ithaa Undersea Restaurant appears again and again in lists for destination dining, and there is a very good reason for that. This unique and fascinating acrylic construction, located 5 metres below sea level, offers stunning views of the vivid coral and tropical fish of the Maldives. Ithaa, which means mother of pearl in Dihevi, a Maldivian language, offers fusion Maldivian and European cuisine.

The restaurant opened in 2005, and since it endures such extreme conditions, it is estimated to survive for only 20 years. So you'll have to pack your bags quickly. The time for dining with the fishes is slowly running out. Luckily, the Conrad luxury resort on Rangali Island, where the restaurant is situated, is only a 30-minute seaplane flight away. 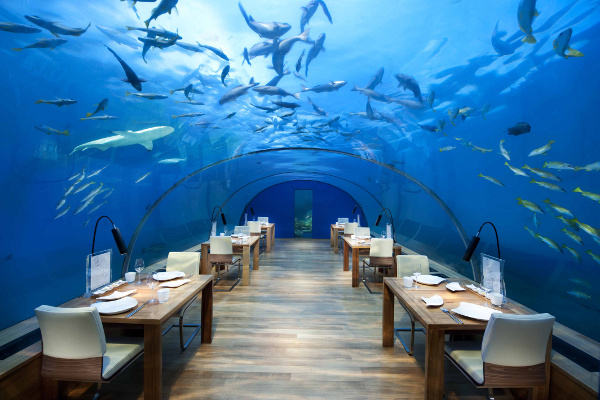