New Year's Eve is probably the closest thing to a global celebration we've got and spending it in another country on the other side of the world is a pretty exciting way to enjoy the festivities. But where is the best New Year's Eve celebration in the world? This month we asked ourselves the big question and decided to compile a list of our ten favourites.

Fireworks displays are pretty impressive, but there's nothing quite like the handiwork of Mother Nature when she lights up the sky with pinks, greens and yellows. The Northern Lights are a huge attraction in Iceland on New Year's Eve, which is the prime time to view the natural phenomenon. Even though it's the middle of winter (and winter days in Iceland make London look like a tropical haven), the Mars-like landscape of Reykjavik creates a strangely beautiful backdrop for the lights - even if you don't see the Northern Lights, there is still an impressive fireworks display by the locals, as New Year's Eve is the one night of the year when fireworks are allowed.

Copacabana Beach is one of the most outrageous and lively party destinations in the world on any night of the week, but on New Year's Eve you can expect fireworks - both literal and metaphorical. Everyone comes dressed in white, the colour that represents good luck, for a hair-raising night of good times. Once the countdown to the New Year is done, there will be dancing, crazy outfits, mojitos and sore heads following it all. 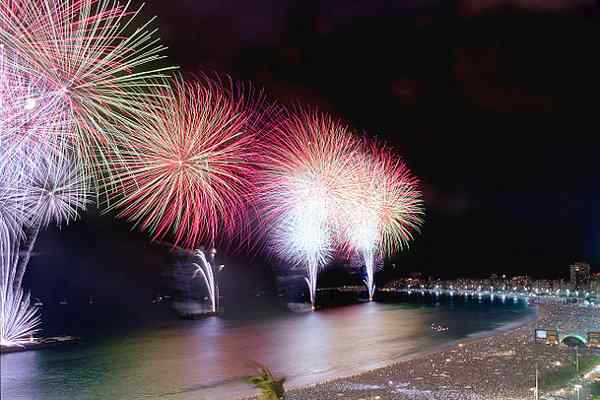 The city of Amsterdam turns into a big street party on 31 December every year, as bars, clubs and restaurants fill up with people from around the world. Expect big crowds everywhere and remember to book as far in advance as possible if you want to go out for a meal. Otherwise, merely cruising around the street from crowd to crowd is a perfectly acceptable way to spend the evening. As the night rolls on, people end up taking to the streets, lining the bridges and settling on park benches. At midnight a massive fireworks display lights up the sky and turns the black water on the Amstel river into a picture of pastel shades. 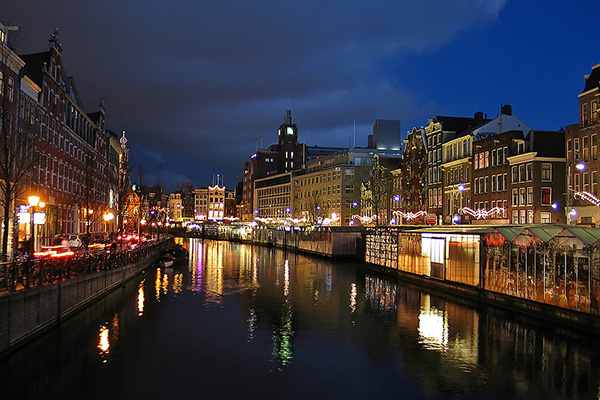 There is a Spanish tradition on New Year's Eve, Nochevieja, where people eat twelve grapes at the stroke of midnight - one for each time the bell chimes. If you can put your grapes back in time, expect a year of good fortune. If not, at least you will have made a few of your friends laugh. Barcelona is buzzing on New Year's Eve, as restaurants around the city have set menus that cater to families and tourists who celebrate the first half of the evening with a long meal that leads the way towards the countdown (Book FAR in advance if you are there, otherwise you won't find an available table anywhere). Once supper is over, the city congregates at the Plaza de Catalunya for Nochevieja and a fireworks display to kick off a street party that goes on all night. 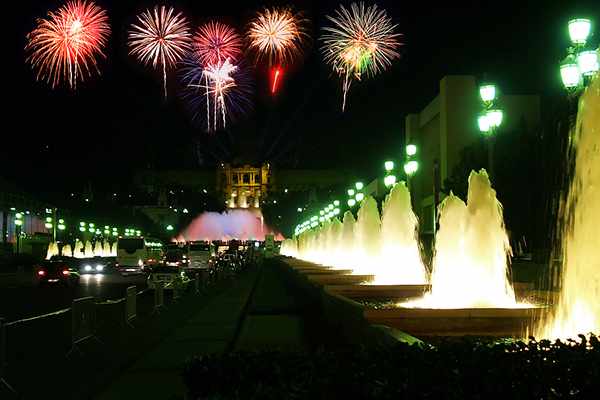 Slap bang in the middle of peak tourism season in Goa, New Year's Eve is a fitting occasion to head over to India for one of the most outrageous beach parties anywhere (rivalled only by the Full Moon Party on this list). The make-shift shacks and bars dotted around the bamboo forests and the perfect beaches are packed out with travellers from around the world. For more Information, check out www.welcome2goa.com 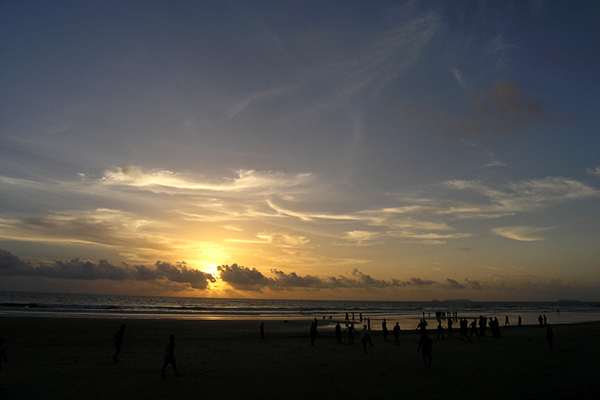 Or to experience traditional New Year celebrations around the world, celebrate New Year All Year.

With Japanese tourism beginning to boom, Tokyo is going to be one of the best places to see in the new year. The capital city goes crazy at the occasion, starting festivities as early as the 29th, with spectacular fireworks displays every night until the fourth - when people eventually start to tire of jollying and have to finally go back to work. 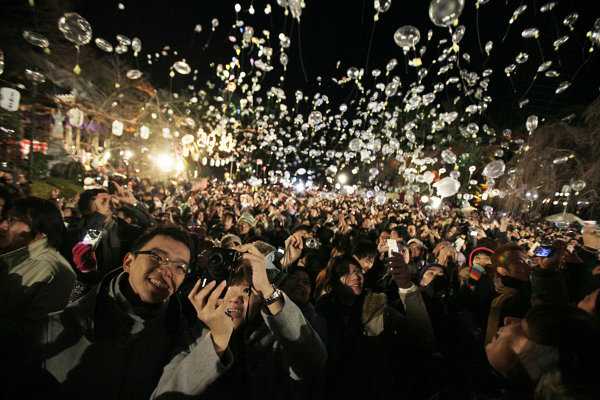 One of the most impressive cities in the world is responsible for one of the most impressive New Year's Eve shows. Sydney Harbour becomes the stage for a show of grand proportions that will suit everyone, from feisty party goers to families with young kids. Revellers start filling up the restaurants, the Opera House forecourt and every inch of grass around the harbour from early in the afternoon, in anticipation of the night's Big Show. It's mid-summer in Australia, so the weather is perfect. The formalities officially kick off at 6pm, with an aerial show and a water display. At 9pm the family fireworks show will have kiddies looking at the sky with stars in their eyes. The main attraction at midnight, the Harbour Light Parade, has made the city famous as a New Year's Eve destination. For more information regarding accommodation, harbour tours and the best vantage points for the show, take a look at www.sydneynewyearseve.com 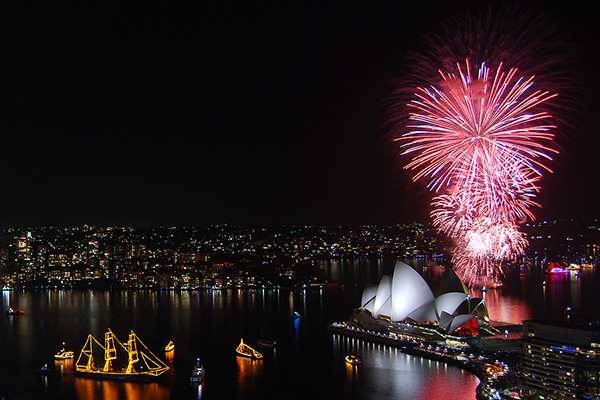 It's only fitting that one of the most iconic party cities in the world find its way onto this list. The famous strip in Las Vegas is brighter, livelier and more surreal on 31 December every year, as Sin City counts down the hours leading to the new year. Besides the stock standard gambling and clubbing excursions, this year you can see in the New Year with Britney Spears, Olivia Newton John, Lady Gaga and Tony Bennett who are all performing at various venues on the strip for New Year. You can bet your boots the Las Vagas skyline will be lit up by one of the most spectacular displays in the US. 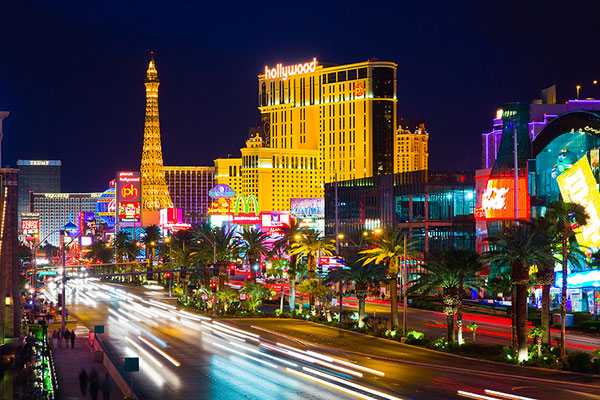 The famous Full Moon party in Koh Phangan needs no introduction. Expect to see thousands of travelling party-goers who are ready for the time of their lives on one of the most beautiful beaches in the world. Bring your glow sticks, your luminous face-paint and your dancing shoes (or flip flops, more than likely). The beach front becomes a virtual strip of night clubs, where things are certain to go on all night long. www.fullmoonpartykohphangan.com 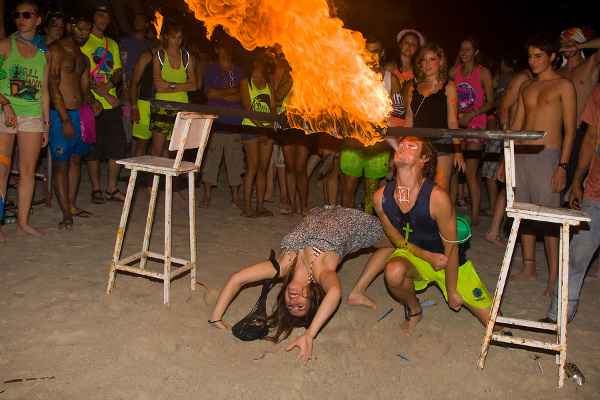 5...4...3...2...Ring in 2015 with the city that never sleeps as it hosts the biggest New Year's Eve bash this year, when the mercurial Elton John and other acts take to the stage in as the live entertainment goes nuts. This is all leading up to the famous New Year's Eve Ball descending on Times Square - a ritual that has been going since 1907. The chilly streets are lit up with Christmas lights that give the already enchanted city a magical edge over any other New Year's destination. Just remember to bundle up! For some great tips on how to get the most out of your night, check out www.nycgo.com. 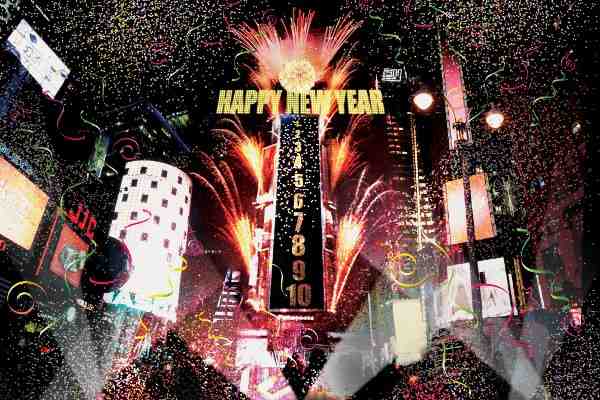 Celebrating the New Year in another country is an exciting time. With so many places to see and parties to attend, planning a trip is important at such a busy time of year. Hotel prices and flights can be sky-high and weather unpredictable too. It's important not to forget to take out travel insurance that can cover cancellation of hotels and travel, as well as personal belongings.

New Year in the UK