For some, the most important part of travelling is not the runway that you jet off on, but rather the catwalk that awaits you on the other end. The question of which destination to pick becomes quite vexing when there are so many fashion shows and weeks to compete for your attention. To help you pick out the best, most fashionable places to be seen at, we've collected the top established and rising fashion capitals of the world. Even Right Said Fred would find themselves insufficiently sexy to be seen at these places. 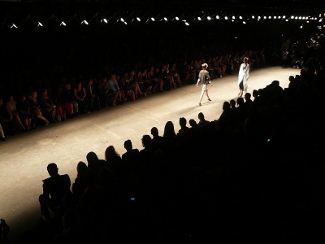 New York, USA
After World War II, the vacuum left by a devastated Paris was quickly filled by New York, with what was then known as Press Week. Soon glossies like Vogue and Harper's Bazaar were dedicating pages to the fledging fashion industry in New York instead of Paris. Today, New York opens the calendar as the first fashion week of the season and sets the stage for all that follow.

If your New York trip does not align with fashion week there is plenty else to do and see. A holiday of retail bliss must include a tour with Shop Gotham - the insider's shopping tour that gets you access to the best for less (without spending a fortune on Fifth Avenue). Students of fashion may prefer the purer pleasures of an informative walking tour through the fashion district - what's more, it's free.

The next fashion week will be from the 6th to the 13th of September, 2012. For more information visit https://newyork.mbfashionweek.com

London, UK
In their most recent survey, Global Monitor ranked London as the top fashion capital in the world. And one can see why traditional powerhouses like Milan and Paris have been swept aside by taking a stroll down Bond or Sloane Street - both festooned with high-end fashion stores. The cities current status is perhaps the creative wave of design of the 60s and 70s coming into fruition. Swinging London put the UK on the map when most thought of fashion as something imported from the continent. This history and more can be relived at the Fashion and Textile Museum in Bermondsey Village, but equally as well kept is the Dress and Fashion collection at the Museum of London - both are worth a visit if you have the time.

Milan, Italy
The Milanese have fashion in their genome, from the well cut pants of the waiter serving you to the front rows of Milan Fashion Week, Italians have a natural talent for the flair that fashion requires. Such is the city's fashion pedigree that the English word 'milliner' (definition: a hatmaker) is derived from its name. Names like Ermenegildo Zegna, Giorgio Armani, Dolce & Gabbana and Gucci are familiar to us exactly because of this pedigree. Although Milan is no slouch in women's fashion, it's rather in the menâ€™s game where Milan excels. Milano Moda Uomo - or Milan Men's Fashion Week - is the taste setter for the men's market. A week spent in Milan may convince your lesser half that style is worth the strained bank balance.

Milano Moda Uomo will be from the 23rd to the 27th of June, 2012. For more information visit www.cameramoda.it

Tokyo, Japan
No city quite epitomises the turbulent and playful nature of fashion fads like Tokyo. Strange and interesting names like Gyaru, Ganguro, Kogal, Harajuku and Bosozoku have come to represent a number of weird and wonderful aspects of the cities fashion landscape. But equally in the hallowed halls of haute couture Tokyo has established itself as one of the top five. The fashion houses of Kenzo, Issey Miyake and the streetwear houses of A Bathing Ape and Billionare Boys Club, all based or started in Tokyo, are respected names in the international fashion business. A seat at Tokyo fashion week gives interested buyers and connoisseurs a glimpse into what's trending in the East, with many of those same ideas popping up in markets like China and South Korea.

As with the rest of the big five Tokyo Fashion Week is a date to remember and keep. The summer/spring week will from the 13th to 19th October, 2012. 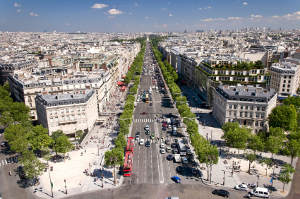 Paris, France
Paris and fashion are so closely linked you would think the words are synonyms. The original grand dame of the fashion world has lost none of her lustre even if she has to share the stage with an arriviste or two. It would be folly to sum up all that this great city has to offer fashionistas, but here are three places that are de rigueur for any Paris visit:

Madrid, Spain
Trends in Iberian fashion are showcased in Madrid, which usually fills the gap between New York fashion week and Milan. In recent years supermodels strutting on Madrid's catwalk have lent credence to the idea that Paris is not the only continental powerhouse. The fashion industry in Spain has been boosted, especially, by the massive success of the home-grown brand Zara, a feat made more impressive by the fact that the company uses no advertising and in-house production - with brands like Mango snapping on its heels as well. If you're tired of visiting the same names every year, Madrid is a fresh and funky addition to consider.

Madrid Fashion Week will be from the 31st of August to the 4th of September, 2012. For more information visit www.mercedesbenzfashionweekmadrid.com 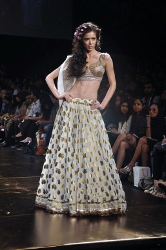 Mumbai, India
The textile capital of decades past has made a natural progression to being a design capital. After the Great Bombay Textile Strike of 1982, the textile mills of the Girangaon district shut down and the city found new promise in its status as the domestic centre of fashion design. Traditional garments, like the sari and the sherwani suit, were mixed with international trends to make uniquely Indian designs. But only in recent iterations of LakmÃ© Fashion Week have international buyers and fashion watchers taken notice. LakmÃ© has been running since 1999 and attracts the who's who of Bollywood, business and lately international fashion watchers. A front row seat at a Rohit Bal or a Sabyasachi show is the golden ticket.

The next Lakme fashion week is from the 3rd to the 7th of August, 2012. For more information visit www.lakmefashionweek.co.in

Singapore
Ok, we'll admit that you won't be blown away by the street fashion, which was described in rather unflattering terms by renowned designer Roland Mouret - but dig a little deeper and you'll find a fashion scene doing some amazing things with technology. The most innovative of which was the FashForward initiative to stream all the best local fashion shows, live and from front row, to the Internet. Consumers will also soon be able to buy the garments they see directly from their browser. The democratisation of haute couture will allow the masses to determine style trends as opposed to the select few. Additionally the Singaporean site Fashionspace.com allows the average user to dethrone Anne Wintour from her perch and create their very own glossy.

But your basic needle and thread fashion is not neglected either. The central event of the year being the Audi Fashion Festival; the event is shorter than other weeks, but is a must for future forward fashionistas (try saying that five times in a row).

Los Angeles, USA
Proximity to Hollywood can't hurt matters, but Los Angeles earns its place on our list purely on merit. The action is centred on the fashion district of Los Angeles - 100 blocks of textile, dining and living. The district is estimated to bring in about $24 billion to the California economy.

If you would like to contribute a few dollars to that sum, Rodeo Drive, in Beverly Hills, is the street to visit. You probably won't meet any celebrities as the drive is frequented more often by tourists than locals.

Sydney, Australia
Things are a little different Down Under - even by the fashion worlds standards. In previous years the catwalk has seen Aghan hounds, rats and snakes sharing the stage with some nervous looking models. Half the fun is the bold irreverence of it all; where other fashion weeks dare not go - Australia will. If you want to uncover diamonds in rough and young talent not yet laden with pretentiousness, an Australian show may be for you.
Watch the video below to catch highlights from the most recent show