'Tis the season to be jolly, whether you celebrate Christmas or not. There is a bank holiday or two coming up at the end of the year, and that should be enough to get everyone excited. December and January are a great time to travel; there are some incredible deals on offer in places that shine over the winter months. To keep everyone happy, we've decided to split this month's Christmas Getaways into two sections: one for those who live to sing carols, roast chestnuts on an open fire and see conifers decorated by fairy lights. The other half is dedicated to those who can't get far enough away from all the joy and hullabaloo. Whichever camp you fall into, ensure you are protected against any mishaps this season with comprehensive travel insurance.

Heading to Rome during the Christmas season is a great way to see the city with a smaller portion of the tourist population around: that's not to say that the city is quiet. On the contrary, Rome is alive with general Buon Natale Christmas festivities. The Piazza Navona transforms into a big Christmas Market, where you will be able to shop, watch street performances and drink coffee to stave off the slight chill of the December air. Midnight Mass at the Pantheon, followed by a trip to the Vatican on Christmas Day is a great way to take part in the rituals of the Roman Catholic faith, right at its spiritual headquarters. Although, sometimes, we just want to step out of the traditional Christmas bubble and have an experience that is different. No fear, here's everything you need to make the most of Christmas Around The World. 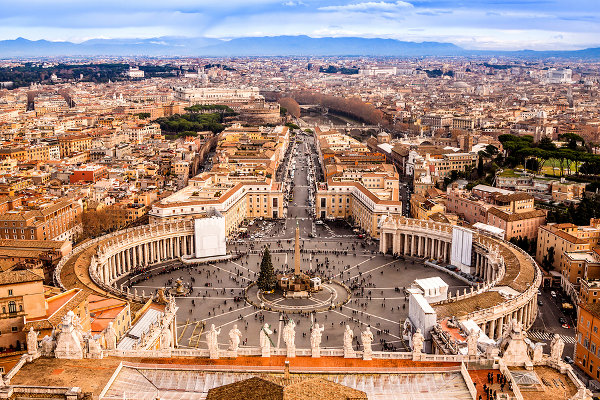 Delight the kids with a trip to the home of Father Christmas. Whether you choose Sweden, Finland, or Norway, it's going to be extremely cold and snowy, so be sure to bundle up. You can go on tours of the area by riding a husky sled, reindeer or snowmobile, which is guaranteed to be a hit with young ones - especially if it includes a trip to the Christmas village. One of the greatest draws of visiting Lapland (whether you are five or seventy five) is a natural miracle, the Aurora Borealis, or Northern Lights, which are best seen during the darkest time of the year - Christmas. Definitely Not To Be Missed. 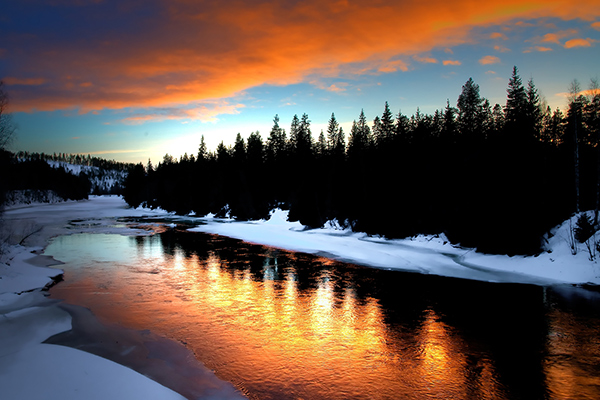 Another deeply Catholic city, Seville comes into its own at Christmas. Forget gaudy Santas and tinsel, Seville is about the dreamy Christmas of bygone days: nativity scenes, chestnuts roasting, traditional markets, tasteful decorations and the faithful in their Sunday best. Pair this with the finest cuisine and wine Andalusia has on offer. Come night time, the vibe leading up to Christmas is lively and joyous to say the least - expect this fantastic city to keep you going until the small hours of the morning. 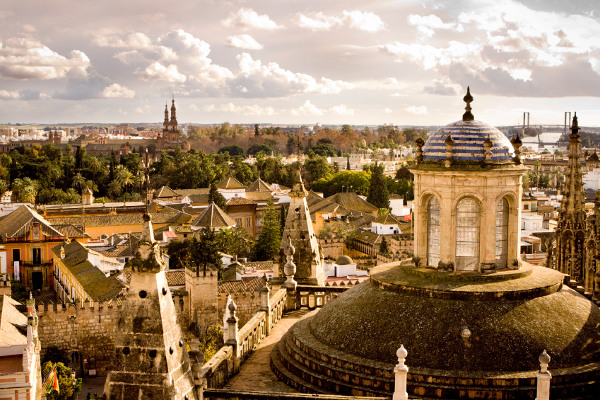 The pound to dollar exchange rate may dull the appeal of New York as a festive shopping destination, but flights to the Big Apple are still at rock bottom and the city is as enchanting as ever. Americans are quite big on Christmas lights and decorating their houses (putting it mildly), so you can imagine what the most iconic city in the country looks like over the December/January period - it hums and glows, 24 hours a day. The festive season just adds to the magic that is already there 365 days a year. Head over to Rockefeller Centre for a prime example of New York's Christmas charm, and to Central Park for outdoor ice skating surrounded by the most famous skyline in the world. 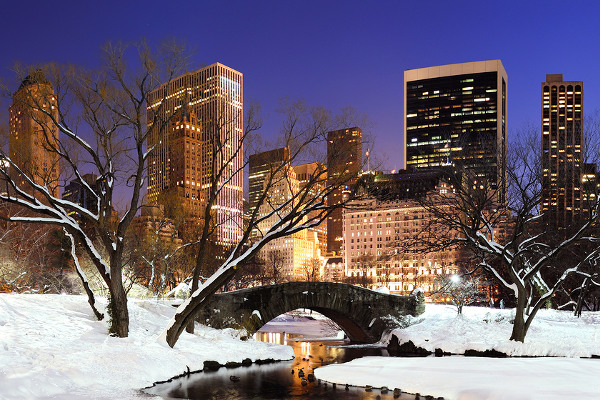 Rio is famous for two things: a big statue of Jesus and big parties. There could not be a better time of the year to combine these things for Christmas with a new twist. Samba away your winter blues on the beach with a Caipirinha in hand and a cheesy smile on your face. At night time, there are Christmas celebrations in the form of fireworks and decorations that will challenge any city around the world. On Christmas day, the city is quiet and reflective, indicative of the population's Catholic foundation. Use this time constructively, taking a moment to reflect on the day's significance, because as New Year's Eve approaches the city winds up like a crazy tornado of fun again. 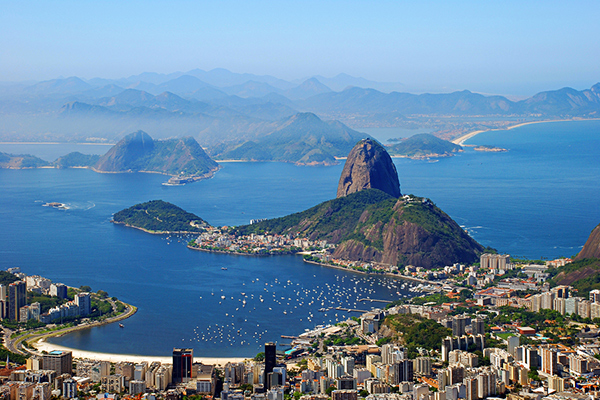 For a total change in scenery, this Tahitian paradise will blow your mind with its beauty. It's just like being transported into a brand new world, where there are no jobs, computers and mobile phones (quite ironically, because you'll need all those items to get there). Everything is brighter and fresher, from the turquoise water to the luminous fruit you'll eat every morning for breakfast. Your daily routine consists of relaxing in a hammock and stepping outside your thatched bungalow for a dip with the local rays and tropical fish. In the distance, a green mountain range overlooks the area, beckoning visitors to walk up its spine and take a seat with the best view of the island. From there, you can relax with a cold beer, feeling the warm South Pacific trade winds against your skin, as you celebrate Christmas in the most blissful place imaginable. www.boraboraisland.com 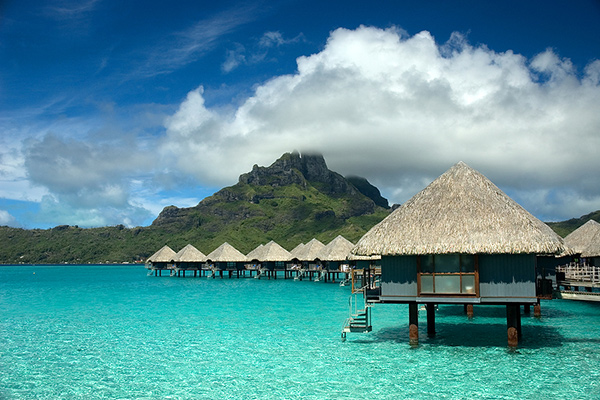 The web is peppered with All-Inclusive Deals for Dubai over December. The juice is worth the squeeze if you feel like a break in a luxurious hotel, with flawless weather outside and some of the craziest shopping around (at least that's one thing that will be Christmassy about your holiday). The city skyline is filled with the most oddly shaped, but marvellous examples of modern architecture. It's a part of the world so far removed from Western civilization, and yet you are surrounded by water parks, malls, five star restaurants and hopping nightlife. It's the Las Vegas of the Middle East. 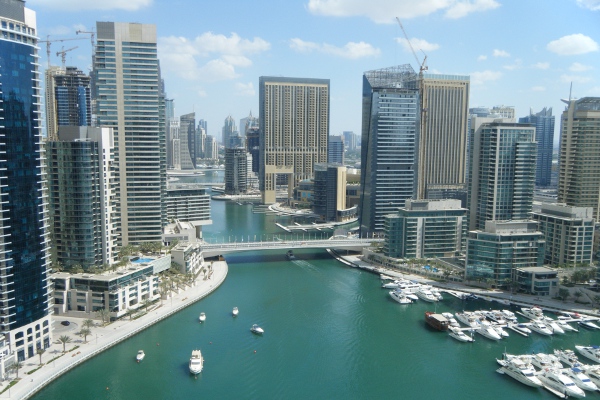 There are two kinds of Cuba holiday experiences you can have. One is the resort option, where you will spend five or seven nights at a fancy establishment, soaking up the country's unfairly perfect climate. The other is to get down and dirty with the locals in the vibrant streets of Havana. You won't be completely cut off from Christmas (the Catholic influence guarantees that), but you will be immersed in a culture that is nothing like our own. There's a kind of filthy glamour that comes with smoking Montecristos at a dance club, high on laughter and Mojitos, and getting a ride to the beach at sunrise in a 1950's Cadillac. You will have the time of your life and forget all about it being winter back home. 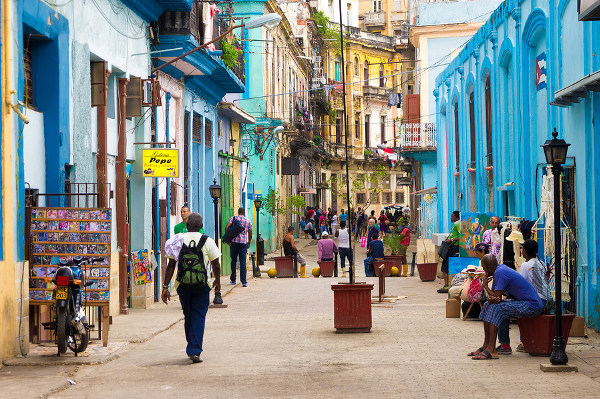 A street in Cuba

Tanzania is the wild, unbridled African experience you've been waiting for but couldn't settle on. The Serengeti National Park is an ocean of lush bushes and plains (over December when the summer rains have fed the grass), and home to all the animals that give the Dark Continent its air of mystique: lions, elephant and buffalo. If you really feel like stretching yourself, there is Mount Kilimanjaro, Africa's highest peak, to hike - a serious feather in any traveller's cap. You could not be further from the commercial ho hum of Christmas back home. 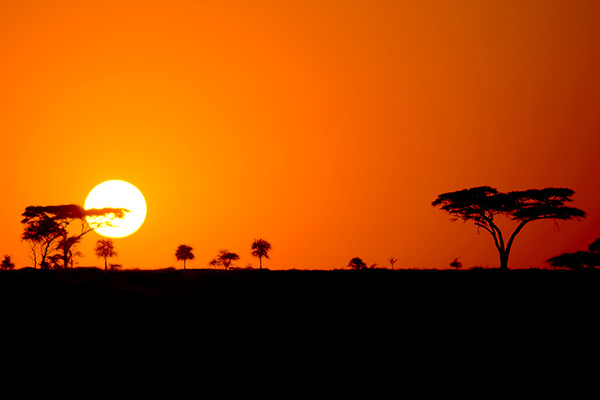 Getting away this Christmas is as good a reason as any to visit Cambodia. With daily temperatures still warm and the humidity in one of its fairest moods, it's a great time to be there. Before you leave, get ready to walk, boat and bus your way across a unique star in the travel world that is fast becoming the 'It' place for backpackers - and for good reason. The temple of Angkor Wat will blow your mind no matter what the weather is like. For the kind of holiday that makes you relax and forget yourself, head to the coast: Sihanoukville is haven for backpackers and travellers to relax in the Eden-like beauty of the Cambodian seaside. Head to the cave temples in Phnom Chhnork, where the intricate beauty of these structures will floor you again. Just remember to come back again when it's over. 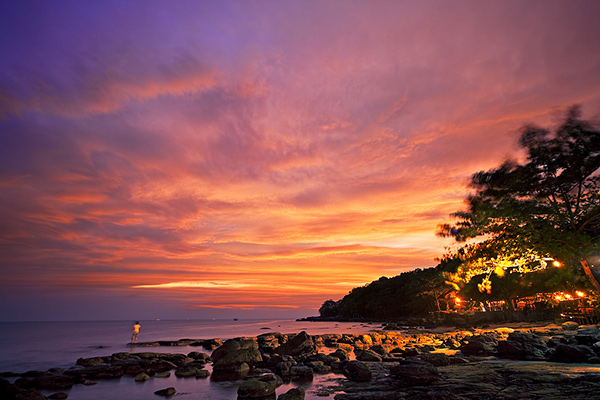 Christmas Around The World

With Christmas sneaking up on us, we've scoured the globe for the top Christmas Holiday destinations, making sure you have a memorable festive season.