Vienna offers visitors a subtle fusion of old and new from the grand Schonbrunn Palace to the contemporary stores of Gumpendorfer Strasse. There's beautiful open spaces in the shape of Danube Island and Wienerwald (Vienna Woods) as well a truly urban nightlife. To get the most out of your stay, see our 24 Hour Guide to Vienna and find out where to sip on the finest Viennese coffee, poke around in Freud's former office, wander along that 'blue' river, shop for vintage clothes and admire Austria's challenging modern art.

This Gothic cathedral takes centre stage in Vienna, and rightly so. Standing tall (at more than 130 metres) and strong since 1433, the cathedral is at the heart of the city. Head over early (the cathedral opens at 6am) to beat the throng and psyche yourself up for the 343 steps to the viewing platform at the top. 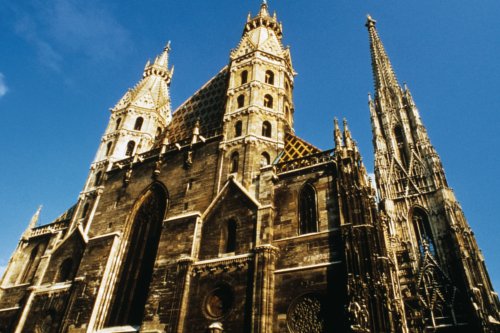 This landmark cafe can count Sigmund Freud, Gustav Mahler, Max Reinhardt and Marlene Dietrich as former clientele and has been serving big names and everyday folk for more than 130 years. The coffeehouse specialises in Viennese pastries and deserts - perfect for a naughty breakfast. 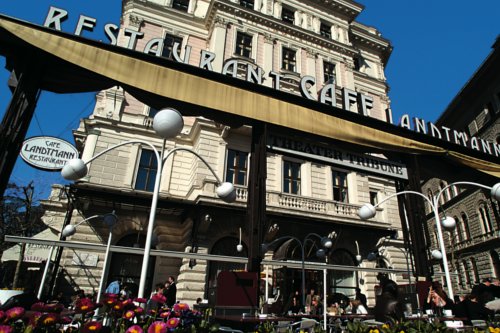 These palace gardens deserve a mention in their own right. Open to the public since the late 1700s, the palace grounds feature beautiful formal arrangements, a hedge maze, the gorgeous Neptune Fountain and The Gloriette - an arched structure at the end of the gardens with a viewing terrace and cafe offering an elevated perspective. 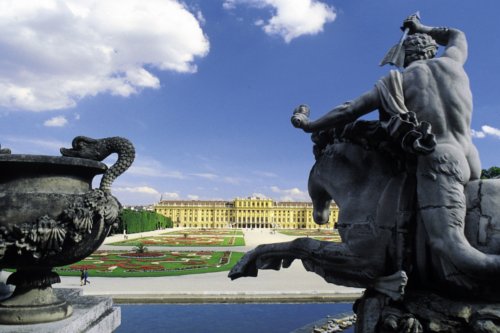 Get a glimpse of the life and work of Freud at this museum housed in his former living quarters and office. The waiting room is still kitted out in its original furnishings and exhibits include signed copies of first edition works as well a screening of Freud family videos from the 1930s. 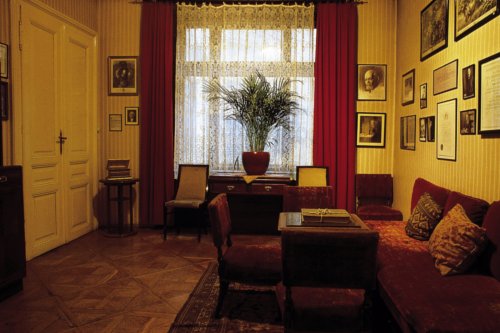 This hop on hop off tram line stops at all the major Vienna sights making it quick and easy to sightsee if you're only stopping for the weekend. If you're really pushed for time, stay on the Vienna Ring Tram for a 25-minute whistle stop tour of Vienna's city centre. The tram gets increasingly busy as the day wears on, so hop on early.

The 5000-piece private collection of Rudolf and Elisabeth Leopold remains the most comprehensive collection of modern Austrian art. Impressive highlights include the largest assembly of Egon Schiele works in the world as well as examples of the work of Gustav Klimt. The gallery confidently covers the Viennese Secessionist, Modernist and the Austrian Expressionist movements.

Much like the Hollywood's Walk Of Fame, the Music Mile Vienna pays tribute to the stars of classical music with stars embedded in the pavement along a mile-long stretch. Austrian and international composers are recognised from Vivaldi to Verdi, Brahms to Beethoven and Mozart to Mahler.

This grand palace (we mentioned the gardens earlier, 8am) and UNESCO World Cultural Heritage site was commissioned by Leopold I in 1693 and has enjoyed various architectural and monarchical influences over the centuries. Take a tour of the palace to get a sense of the tastes and lifestyles of the property's various residents or simply marvel at the Rococo facade. 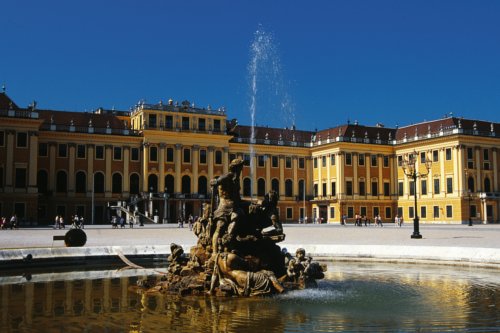 This laidback, informal eatery is the perfect spot for a relaxed, lengthy lunch. Enjoy homemade Viennese classics such as schnitzels, tafelspitz and hascheeknÃ¶del (sausage-filled dumplings) as well as all things sweet.

The Danube boasts a major presence in Vienna and there's plenty of the waterway to explore. Old Danube - a former branch of the European river - can be found on the edge of the city, offering tourists and locals a picturesque place to unwind. Various festivals and regattas are programmed here throughout the year, so look out for listings. Danube Island, meanwhile, is a manmade island (part of a flood control system) that's been turned into a hub of entertainment. Kick back in its many bars and cafes or take a peddle boat around the island. Finally, Danube Canal - a branch of the Danube - flows straight past Vienna's old town. Take a boat trip along the waterway with an operator such as DDSG Blue Danube. 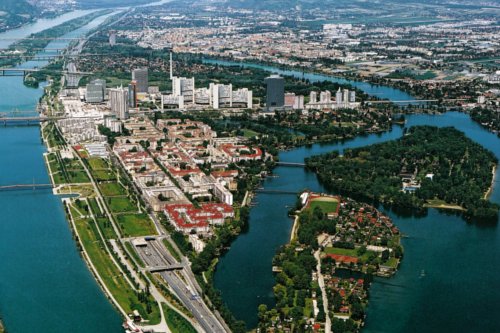 If Minopolis is anything to go by, the Viennese know how to keep little ones entertained. The mini town, complete with police station, bakery, hospital, bank and pizza parlour is role play heaven. Let the kids loose and let their imagination run wild.

Creative types need to make a beeline for this buzzing area of town where galleries and museums meet theatres and nightlife. It's where you'll find the Leopold and MUMOK (see 10am and 8pm) as well as dance institute Tanzquartier Wien, concert hall Halle and applied art centre, Quatier 21.

Interactive family museum Haus Der Musik allows visitors to explore the way music is experienced, from Austria's rich heritage to today's contemporary sounds. One floor features the Mind Forest where you can make music through movement, touch and vocal sounds, while another floor is dedicated to Austria's musical masters. 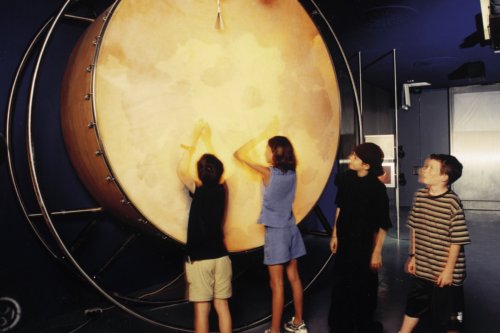 This traditional Viennese restaurant has various areas to suit different diners. During summer, you can enjoy a dinner and show in the main hall (Wed-Fri), or opt for a quiet meal in the 50-seat Salon Ziehrer where chef Helmut Osterreicher plates up classic dishes with a contemporary twist. There's also an informal bar and grand second dining room, Rittersaal.

Austria's premier collection of modern art can be found in this imposing grey basalt building in the MuseumsQuartier. 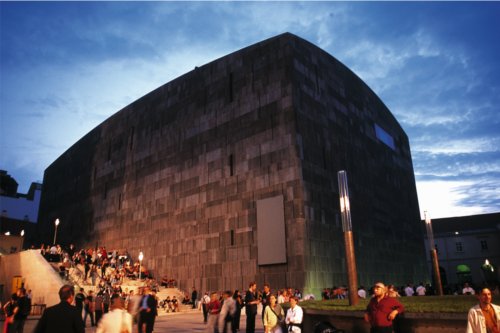 Stop for a caffinated pick me up at this Viennese coffeehouse institution. Leopold and Josefine Hawelka have been holding court here for more than 70 years (with a six year break during the war), serving coffee and sweet treats to Austria's eminent writers and artists. 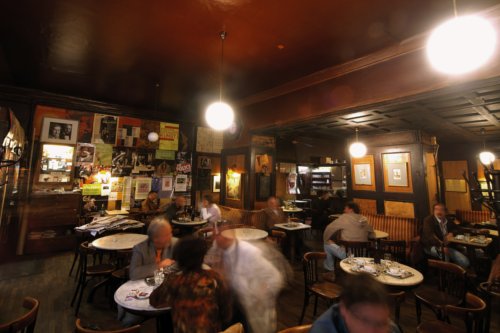 Spend an afternoon wandering along Gumpendorfer Strasse - an up and coming hotspot for fashionable young things. Explore the chic shops and retro furniture stores and, as day turns into night, pop into one of the many trendy bars and restaurants.

Fan's of the 1949 The Third Man starring Orson Welles will be more than familiar with Vienna's ferris wheel, Riesenrad. During the summer months, the 200m high wheel stays open until 11.45pm affording late nighters a chance to catch the city lit by moonlight. 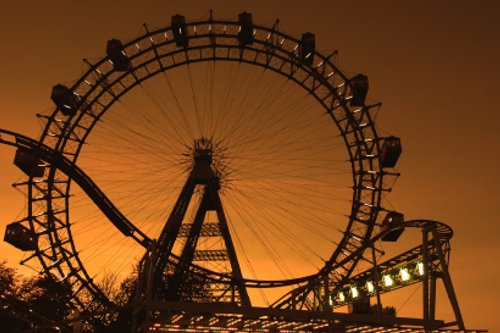 Located on the trendy Gumpendorfer Strasse, this concept store-cum-cafe is another of Vienna's duel purpose establishments. The cafe's ever changing vintage furniture and pieces by young designers are for sale - so if you fancy the chair you're sitting on, you can take it home with you too.

Ewa's vintage clothing haven (stuffed with retro goodies and reworked items) moonlights as a club and bar come 9pm. Pop down to the basement during the day for clothes and hang on for a late night tipple at the first floor bar.

Expect a mix of big name DJs and regular dance/chart nights at Club Passage, a sleek venue with smooth clientele to match.

Conran And Partners may have been responsible for the chic decor in this late night cafe, but the menu is entirely Viennese. Open 23 hours a day, the cafe serves traditional coffees and breakfasts right through the night.

24 hour party people need to pitch up at Goodmann where, on a Saturday night, the dancefloor rages on until noon the next day. Expect Austrian favourites as well as international talent behind the decks.

Market holders start setting up as early as 5am before the market gets into full swing around 6am. Head down and soak up the atmosphere before snapping up super fresh fruit and veg, seafood, cheese and bread. 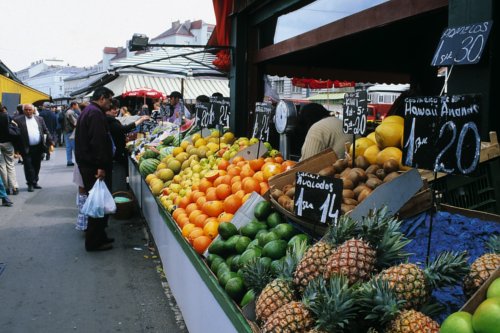