If Europe were a city, Lisbon would be where everyone congregated on Friday to kick off the weekend. The sun, the beaches, and the centres of culture and finance inspire envy from her more northerly neighbours, but luckily for us Lisbon is but a few hours away. Read our guide to Lisbon for your next jaunt down south. 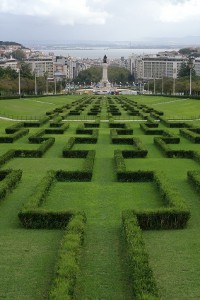 The central park of Lisbon is named after our very own Edward VII, the first British monarch of the 20th century. From the top of its hedges, just in front of the Marquess of Pombal Square, you can see right up to the ocean. On its flank, the park has a sports pavilion dedicated to Carlos Lopes, Portugalâ€™s first Olympic gold medallist, and on the other side are two greenhouses sporting beautiful exotic flora.

But we would recommend just enjoying the perfectly crafted hedges - the setting lends itself to an imaginary recreation of the legend of Theseus and the minotaur. 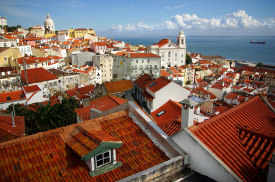 The popular image of Lisbon is captured by the Alfama district: red-tiled roofs, labyrinth-like streets and a lazy summery vibe that almost lulls you into a siesta. Besides being home to some of the city's most prized cultural attractions, like the Church of Santa EngrÃ¡cia, Alfama offers the best vistas of Lisbon from the Castle of SÃ£o Jorge (the Castle of St. George) at the top of the hill. A morning walk through the streets is a must for instagram addicts - who will find the streets need no filter to give them that old school feel. 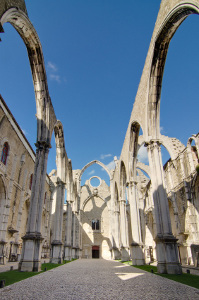 Carmo is a site that inspires both admiration and a sense of dread, being one of the few buildings left standing after the earthquake of 1775. This disaster is estimated to have killed at least 10 000 Lisboetas. The shell of Carmo is what survived the quake and despite the sadness of the event, the structure that remains is hauntingly beautiful. The site that remains today is part monument, part architectural landmark, part archaeological site, and fully a must see experience for first time visitors to the city. 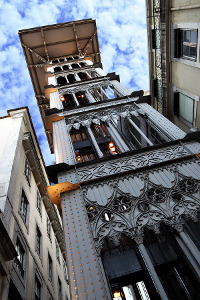 The old trams of Lisbon metro are slowly being replaced by more modern trams but the older Tram 28 remains a favourite for tourists and locals alike. A quick recon of the most popular tourist attractions to visit later is best done on this hop-on hop-off service, but the tram works equally well for a condensed Lisbon visit.

Vertically-inclined tourists may prefer the similar services of the Lisbon funiculars, that traverse the hills of the Baixa and Barreiro Alto districts, and the unique Santa Justa elevator (pictured to the right) - an architectural cousin of the Eiffel Tower. Both modes of transportation have been in operation for almost a century and are as much a part of the experience as the sights you'll see. 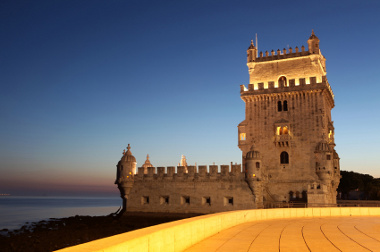 Belem Tower is the gateway to Lisbon, and depending on your intentions she may greet you with cannon balls or welcoming arms. The tower served as watch over the Lisbon harbour entrance, and was fitted with enough firepower to turn back a fleet - without compromising on beauty. The Manueline style of architecture, typified by complex ornamentation around openings and a touch of Moroccan seen on the tower's exterior, is shared by her equally famous neighbour - the Jeronimos Monastery (see afternoon). 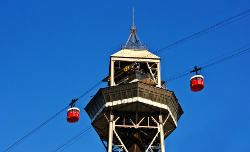 Why walk when you can fly? Well not exactly. But seeing Lisbon from up high, in a cable car, is not something you want to miss out on. The cable car system was installed before the Expo 98, when Lisbon hosted the World Fair - an eclectic collection of remarkable public exhibits from around the world. The cable car skirts the Tagus River and stops off near Vasco de Gama towers. A sunset roundtrip costing just â‚¬5.90 (about Â£4.80) is a steal for those of a romantic-inclination and on a tight budget. 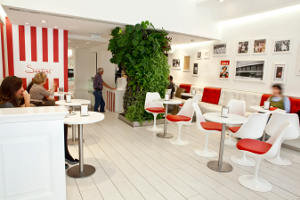 Ice-cream is often considered a children's cuisine, a desert and often an afterthought - not something to be taken seriously by chefs and other high-minded foodie types. At Santini though, ice cream or rather gelato is given main course status. The premier gelaterie of Lisbon has gained a reputation equal to any of the cityâ€™s top restaurants. The family business, opened in 1949, has become a brand name serving at least 58 different types of frozen foods. Adventurous eaters must try their gorgonzola and walnuts ice-cream - a peculiar taste you won't forget soon. 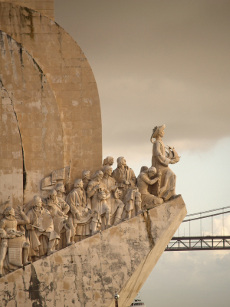 PadrÃ£o dos Descobrimentos (translation: Monument to the Discoveries) celebrates an age when Portugal was at the forefront of exploration - sending its ships to all corners of the globe. The structure faces towards the ocean where those same ships disappeared over the horizon to claim spoils for Portugal. Up close you'll note important figures in Portuguese history on both sides of the monuments: from the indomitable Philippa of Lancaster (yes, our Lancaster) to her son, Henry the Navigator, at the apex. 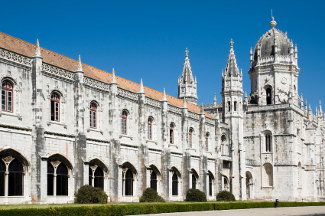 The grandest building in Lisbon, like PadrÃ£o dos Descobrimentos, was built to commemorate the voyage of Vasco de Gama to the East - which secured Portugal early prominence as a colonial power. Legend has it that the crew spent their last day before disembarking where the monastery is today.

In more contemporary history, it is where the Lisbon Reform Treaty of 2007 was signed. The treaty reformed the constitutional framework of the EU and enforced the Fundamental Rights Charter.

Fado is a music genre indigenous to Portugal, but widely exported. The bulb-shaped guitar of a fado player is instantly recognisable by its mournful tones that recall a longing or a loss - an emotion known as suadade in the local language. To listen to a fado performance is to take a step back into your own memories and be lost in nostalgia - even if you have no grasp of the Portuguese language. Popular modern artists of the genre include Cristina Branco, Camane and Carlos do Carmo.
Watch Carlos do Como perform 'Um Homem na Cidade' (Man About Town) - dedicated to the city of Lisbon

Fado in Chiado does exactly what is says with live shows six days a week, near the centrally located Chiado Square. See their details below.

Unlike the Spanish variety, the bull is not killed at the end of a bullfight in Portugal. Rather a team of negotiators - at least eight men in all - persuade the bull to return to its quarters. First a forcado taunts the bull with his dance moves before face-catching it - by the horns; at which point his companions rush out to help him. The sight of this powerful animal scattering men is quite frighteningly exciting, but most often everyone is left with a few scratches and gasp of relief from the crowd.

For backpackers, Alface Hall is a great place to kick back and hang out with like-minded people. Even if you're more the hotel type, the fun student vibe of the place is quite infectious: from the motorbike above the doorway, to the live music and the tantalising Sgroppino cocktails.

Gijinha is a liqueur of berries, aguardente (alcohol of between 29% and 60% ABV) and sugar that you won't find anywhere but in Portugal. Don't be fooled by its sweetness - it is a potent drink. Locals recommend the variety served at A Gijinha bar on Largo de Sao Domingos street.

Matiz is a classy establishment where the barmen often double as sages and therapists; your favourite cocktail is served with a smile and kind word about your troubles. If you fancy yourself a barman, they also run cocktail clinics on the first Saturday of each month.